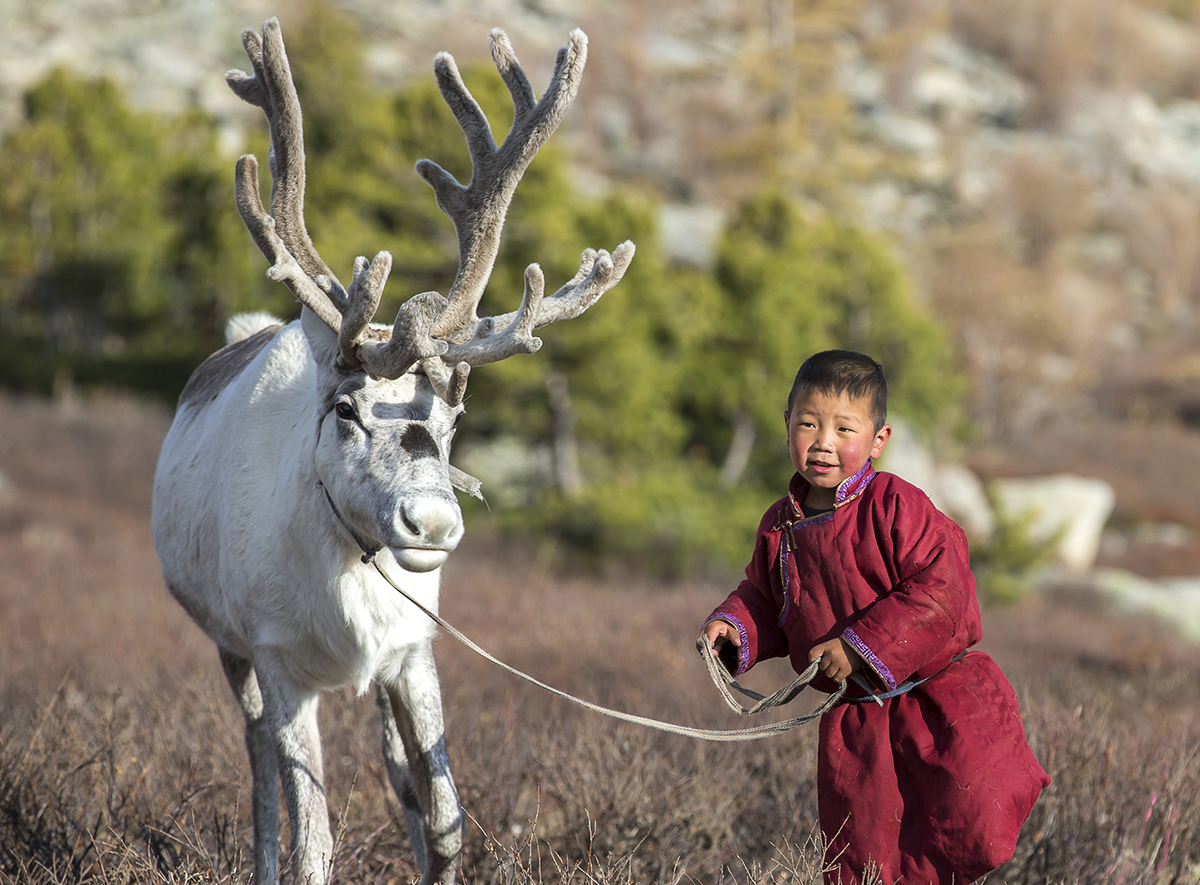 Whether it’s a local salesman picking up hitchhikers or a nomadic family of reindeer herders, the Gospel is reaching the people of Mongolia and making a difference.

This country of around 3 million people is one of the most sparsely populated places on the planet. On average, there are only 5 people per square mile. In a country with such remote outposts and scattered minority groups, radio is one of the only ways to effectively reach the entire country.

In the northernmost province of Mongolia live the Tsaatan people—a minority group of nomadic reindeer herders. Often referred to as “untouched” and a “lost tribe” due to the inaccessible landscapes they roam across with their reindeer herds, the Tsaatan are some of the most isolated people on earth.

In order to reach the Tsaatan and other hard-to-reach people, FEBC’s Huvsgul station was established. In 2019, radio hosts helped conduct relationship classes for the Tsaatan sharing the importance of empathy, how to build and keep a healthy marriage, and how to live a Godly life.

Many inroads have been made with the Tsaatan, but your prayers are still needed as they remain superstitious and shamanistic—reluctant to become believers.

In the capital city of Mongolia, Ulaanbaatar, Erdenebat is a salesman, who has a passion for sharing the Gospel through whatever means he can:

“I work as a manager at a sales company, but I also serve God as a part of a Gospel news organization.

“Due to my job and ministry, I often need to go to the countryside. I usually give free rides to a few people who are hitchhiking and need to get from the country to the capital city and vice versa. While I drive, I tune in to a program titled “In Touch”, which is one of FEBC Mongolia’s Gospel programs.

“Because of the sermons preached on the programs, I have shared the Good News to several people. When the programs finish, I talk with passengers more and we learn about our personal beliefs and opinions. One woman who listened to the programs in the car with me said, ‘I have realized a lot about what Christianity is about…it is really great to hear these words.’

“The Bible says ‘Faith comes from hearing the message’ and that the ‘message is heard through Christ’s words.’ In my opinion, what I try to do is prepare the soil for God’s message.”

Erdenebat continues to use his car’s radio to share the Gospel with people who may have never heard the Good News.

Learn more about how you can pray for Mongolia, and people like the Tsaatan and Erdenebat.