Background on the Gospel in Mongolia

Thirty years ago, Mongolia was a Soviet state. Communism and atheism were the country’s official beliefs, but many also practiced Buddhism and various ethnic religions. There were no more than four known Christian believers in the entire nation.

During the 1989 Lausanne Congress in the Philippines, hundreds of Christian leaders and missionaries were focused on Mongolia and asking God for a breakthrough. Little did they know their prayers were about to be answered. The next year, the USSR broke apart, Mongolia gained independence, and the first Mongolian Bible translation was completed. The doors to the outside world opened. The Gospel came in and the first Christian church was planted in May of 1991.

Today more than 98% of Mongolians do not know who Jesus is. The slow progress is understandable. Mongolia is an enormous country with extreme temperatures. Many still live a nomadic lifestyle in hard-to-reach areas. Those who do hear the message of the Gospel often see Christianity as a Western faith, and not appropriate for Mongolians.

Yet there are pockets in Mongolia with strong and thriving local churches. These are typically places with a history of Christian radio and a strong network of local believers. However, there are other cities with relatively few believers, if any at all. For this reason, despite the growth of the church in Mongolia, it is accurate to talk about the majority of Mongolia as still being “unreached.”

Over the next decade, new stations were added and FEBC Mongolia expanded into several major cities in Mongolia. Each new station was planted in close partnership with a local church. This strategy ensured that, as listeners came to faith in Jesus, they could also be welcomed into a local body of believers. This model is a distinctive of FEBC’s ministry around the world. 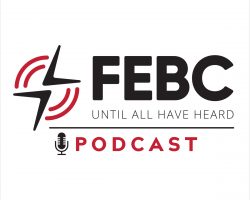 From Reindeer Herders to Hitchhikers: Reaching all of Mongolia 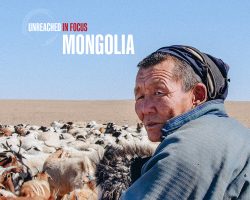 Your generosity today will help reach the unreached with the Gospel through radio broadcasts and digital media in over 124 languages in 50 countries.