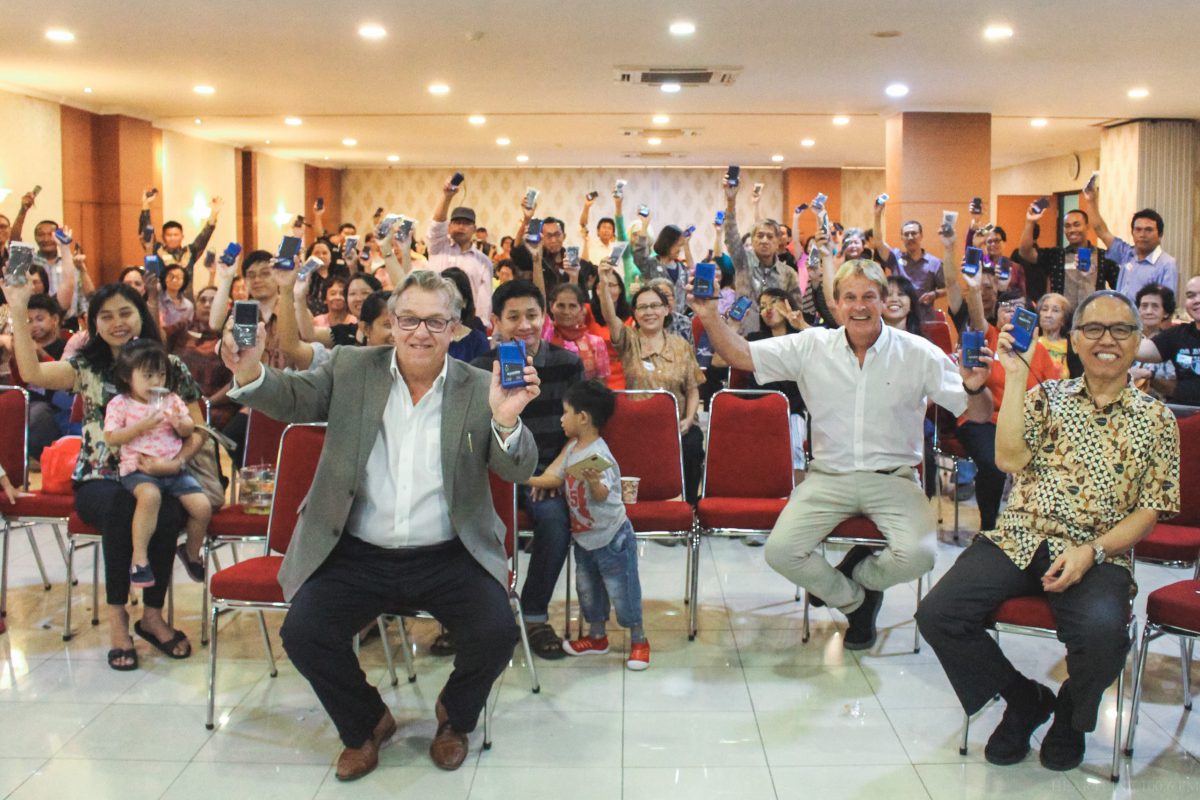 Last month, FEBC’s president, Ed Cannon, alongside FEBC’s team in Indonesia and Kevin Keegan, director of FEBC Australia, had the opportunity to distribute 108 radios to local listeners in the cities of Karawaci and Jakarta.

“My favorite activity is when we get to meet face to face with listeners—the people who hear God’s Word through our broadcasts, the people whose lives are changed by the Holy Spirit and the Word of God” said Cannon.

“Nothing gives me more gratitude than to see the people as they smile,” said Cannon. “We give them a radio, we tell them ‘God bless you!’ and ‘We hope the Word of God transforms your life.’ There is nothing more important than for them to hear God’s Word and place their faith in Him. That is my wish and prayer for each one of these listeners.”

At the time of this event, FEBC received an update from its team in Indonesia that YASKI, the broadcaster of FEBC’s Heartline FM programs, is now partnering with 105 existing radio stations throughout Indonesia. These partnerships involve local stations broadcasting FEBC’s content on their behalf.

Praise God for the avenues, like partnership with local stations, that increase FEBC’s ability to spread His Word.