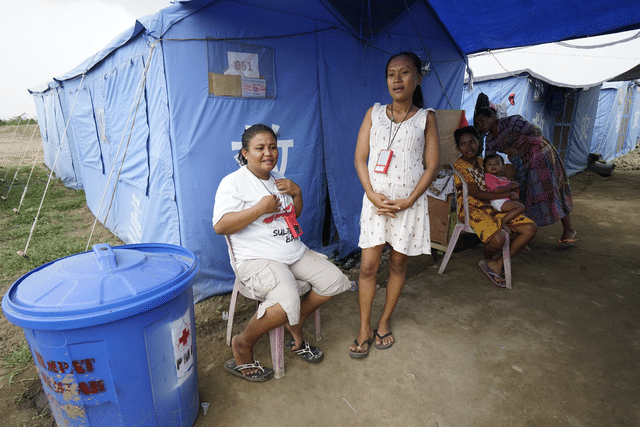 First Response Radio, a disaster response ministry FEBC partners with, helped distribute 1,000 solar radios in the disaster affected areas of Sulawesi, Indonesia. These radios provide access to vital resources for those recovering from the October earthquake and tsunami. A second round of radio distribution is scheduled with plans to distribute 10,000 radios.

According to a Facebook post by First Response Radio (FRR), the 1,000 radios were received by the Red Cross in Palu, Indonesia. FRR is cooperating with the Red Cross and Indonesian government to facilitate their distribution. International Red Cross Community Engagement Officer, Husni, reported that they will be distributing some of the radios to shelters set up specifically for women and children.

In October, FEBC News reported on the action First Response Radio had taken as they responded to the devastating earthquake and tsunami that hit Sulawesi on September 28, 2018. In addition to Palu, FRR’s reach has extended to the city of Petobo, which was one of the areas most affected by the liquefaction following the earthquake.

First Response Radio would like to thank Galcom and IFRC/PMI for the radios and their help in distributing them across Sulawesi.