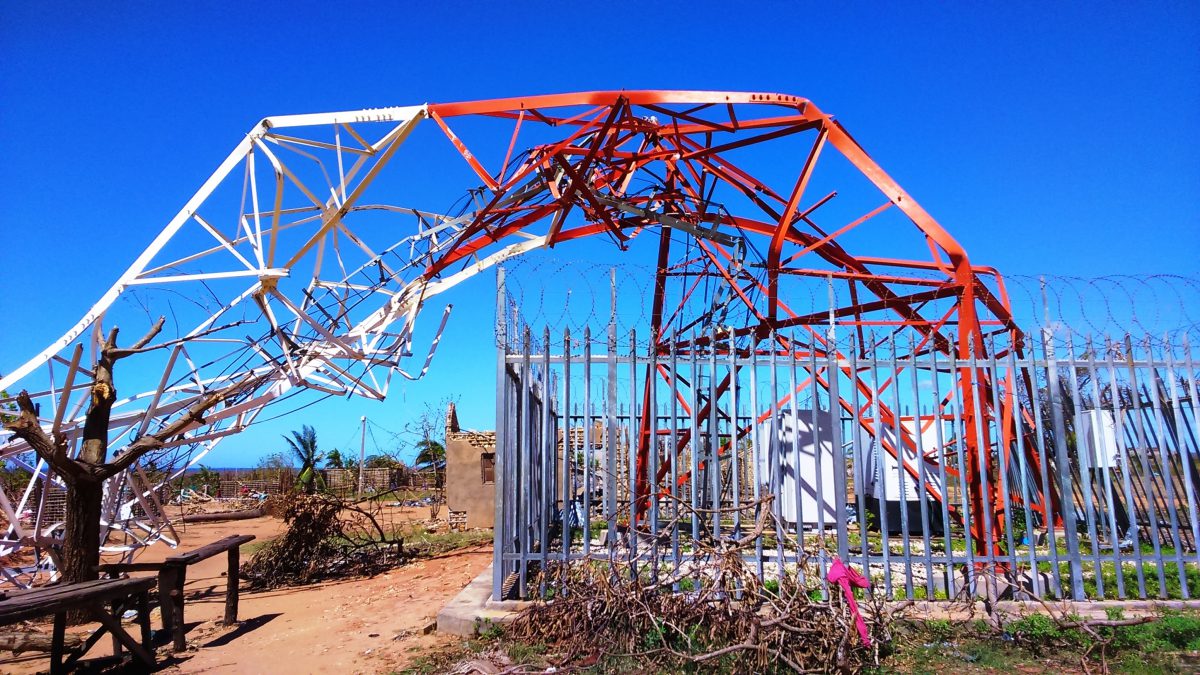 Cyclone Kenneth is the second tropical storm to hit Mozambique in a span of six weeks. Torrential rain and strong wind caused massive flooding and destruction that lasted a total of four days.

Andries, a missionary currently managing FEBC’s Radio Nuru station with his wife, reported that approximately 70,000 people were affected by the storm in Macomia alone. As this cyclone coincides with the end of the rainy season, local farmers see no chance to re-sow their damaged crops.

“The suffering and loss caused by the storm is distressing and many are in despair,” he said. “Our district was hit the worst by the cyclone…The cyclone made landfall at around 9 p.m. but the wind had picked up earlier in the morning. By mid-day, countless trees had toppled over on our property. By 7 p.m., the wind had already lifted our rooftop a couple of times.

“What was even worse was the messages we received from our staff saying ‘My roof just blew away,’ and ‘My house just crashed down.’ That was when we realized how serious the storm was.”

According to Andries, the community’s immediate needs are food and temporary shelter. Homes will have to be rebuilt and residents are especially in need of corrugated iron sheets and other building materials. In the days following the storm, several helicopters were dispatched by humanitarian aid organizations who provided victims with medical help and food. Any additional support that can be provided will be welcomed.