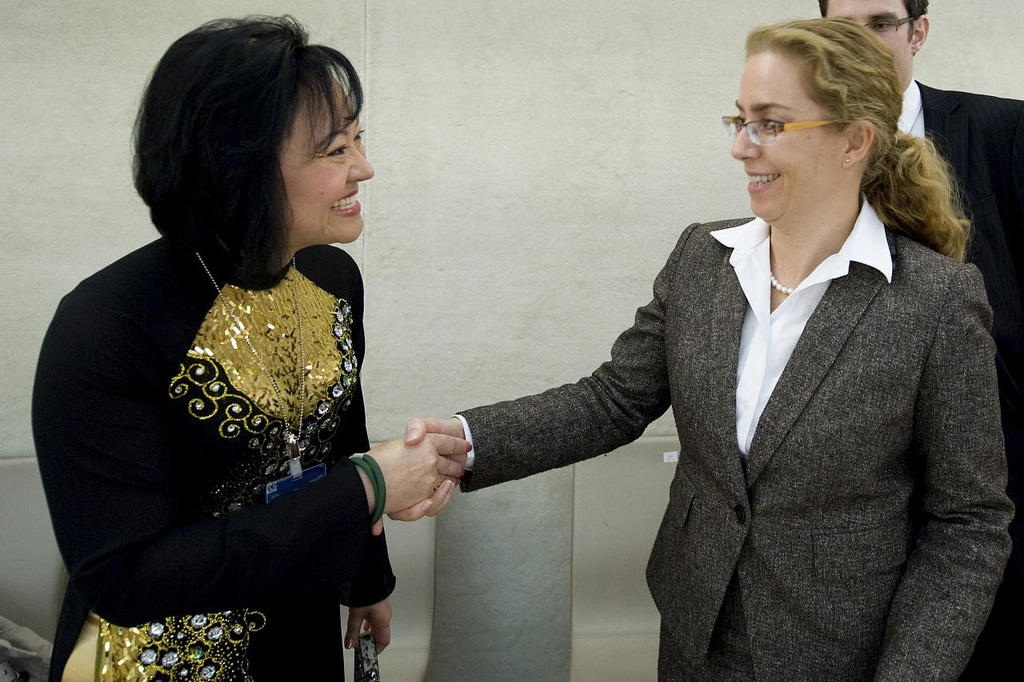 A traumatic past has been transformed into a bright future for Kim Phuc, the little girl who was the subject of an iconic photo taken during the Vietnam War. A survivor of a napalm attack, Phuc has turned to God for strength to forgive.

On June 8, 1972, Nick Ut, a photographer for the Associated Press, rocked the world with a controversial photo of a nine year old girl running from the smoke of a napalm bomb. The attack took place in Trang Bang, a village north of Saigon in Vietnam. The girl’s clothes had been burned off, leaving her naked, crying, and running for her life. After shooting the Pulitzer Prize winning photograph, Ut picked the girl up and took her to a hospital where she suffered severe burns over two-thirds of her body, permanently disfiguring her body, and hospitalizing her for 14 months.

Phuc dedicated herself to her studies and was accepted into medical school. Her plans were swept away in 1982 when the Vietnamese government forced her to leave school and move back to her province in order to fulfill her duty as a “National Symbol of War.”

Bitter and angry, Phuc questioned why she was still alive and if she wanted to continue living at all.

At the age of 19, 10 years after she had been attacked , Phuc was searching for meaning in her suffering. Spending a lot of time in the library, she came across the New Testament and was inspired to go to church, where she heard the Gospel for the first time and converted to Christianity.

“When I became Christian, I had a wonderful connection — the relationship between me, and Jesus, and God,” Phuc said. “And from that point, I learned to forgive.” (Gospel Herald)

In 1996 Phuc attended the Veteran’s Day ceremonies in Washington D.C., where she came face-to-face with one of the pilots who had bombed her village. Not only did she express her forgiveness, but she embraced the pilot and spoke about the love of God. “That is more powerful than any weapon,” reports Christianity.ca.

Phuc has dedicated her life to campaigning for peace around the world and helping children who suffer from war, as well as promoting empathy, respect, and forgiveness in schools. Now 52, Phuc is married with 2 children and has maintained a friendship with Ut, who also turned to Christianity.

In an interview with the Boston Globe, Phuc said, “Through my story, I really give people hope. If they [are] seeking hope and forgiveness, it’s possible. If that little girl can do it, then everyone can do it.”