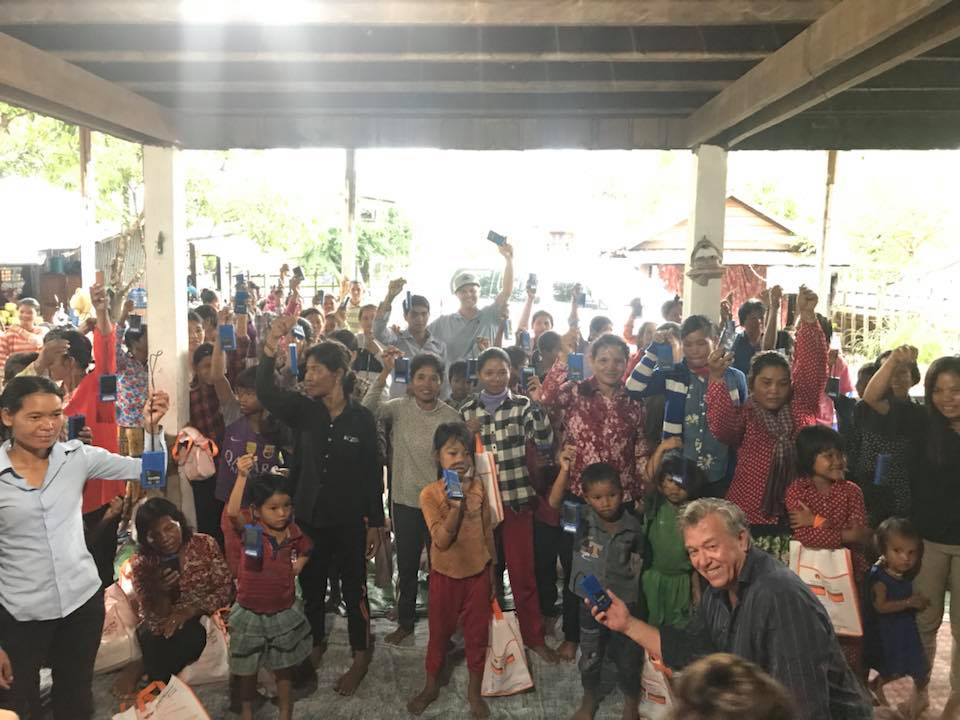 In July, FEBC President, Ed Cannon, visited South Korea and Cambodia with The Nelons, a three-time Grammy-nominated Christian group. While there, The Nelons sang worship songs and worked alongside FEBC to distribute radios, seeing firsthand the mighty work that God is doing through FEBC’s ministry.

In Cambodia, the Nelons visited Angkor Wat Temple City. A video that the band shared on their Facebook page shows them singing “There’s Just Something About That Name”—a powerful worship song that proclaims the Living God—in the midst of a temple built for dead gods. In South Korea, the Nelons also had the privilege of singing at one of Billy Kim’s chapels.

“From passing out radios to people who have never heard the gospel, to handing out food to those in need in the villages… It’s an honor to help spread the word to these people,” said Amber Nelon Thompson in a recent Facebook post. “I never thought I would see the day where I would say I came to Cambodia and South Korea but I am so glad I did. We are not just giving them tangible items, we are giving them Jesus! The only hope we all have!”

Scott Godsey, a television producer and director, also traveled with The Nelons. “I’m excited to see how sharing and giving these folks the Gospel through radio devices has already impacted their lives,” he shared in a Facebook post. “There is significant change happening in these lives and remote geographical areas where this ministry is concentrating.”