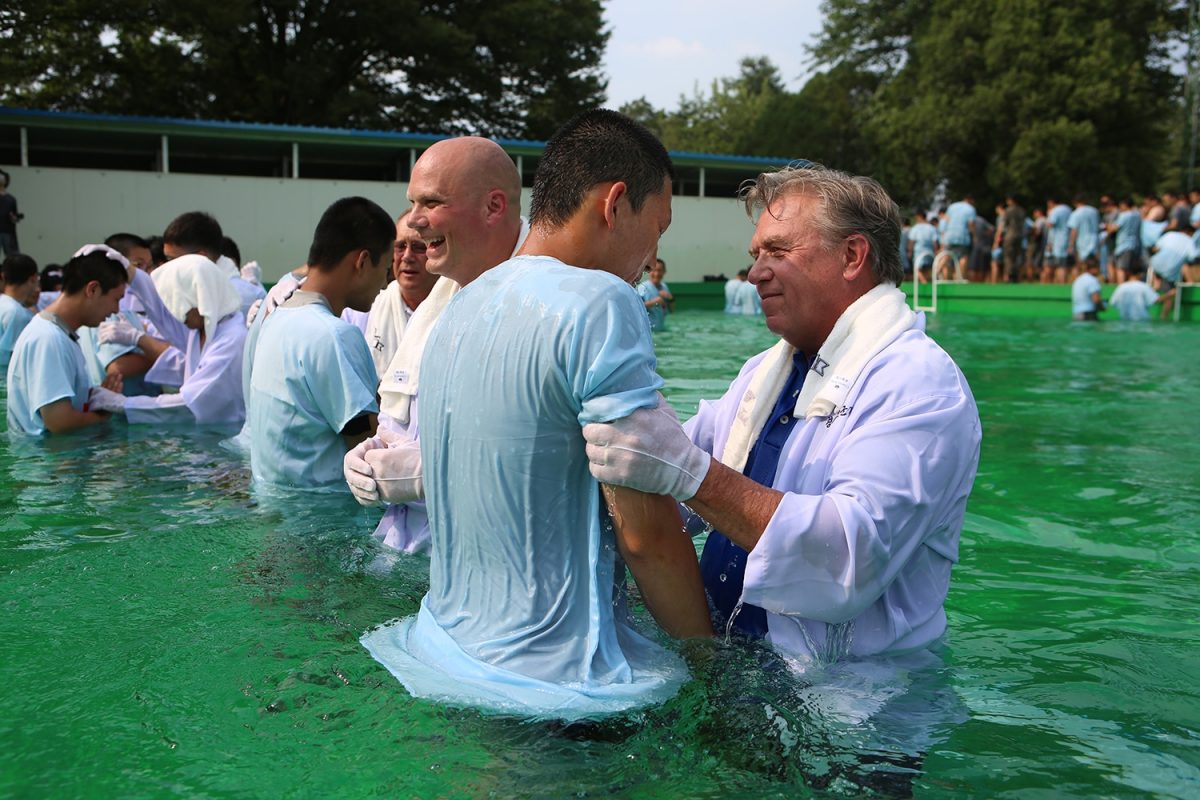 In a monumental event held at the Yeonmudae Military Church in South Korea, over 4,400 new South Korean Army troops were baptized on August 6th, making it the country’s largest-ever baptism ceremony.

The baptismal ceremony was held as part of the 60th anniversary of the Far East Broadcasting Company’s establishment in Korea and was officiated by FEBC – Korea’s chairman, the Rev. Kim Jang-hwan, also known as Billy Kim — one of the country’s most prominent Christian evangelists and former president of the Baptist World Alliance.

Along with 40 local Baptist church ministers, 22 American ministers, and many U.S. military chaplains; FEBC President and CEO Ed Cannon was also on-hand to help baptize the 4,400 who came to Christ that day.

FEBC South Korea staff captured the power of this service, through the heartwarming video below.